It’s not quite time for all the tinsel and holly of Christmas, but my new novella, Clear as a Bell is one of the stories contained within the Christmas box  set, Love Under the Mistletoe. Comprising six sexy contemporary romance stories, it has been a joint effort by members of the Melbourne Romance Writers’ Guild.

For those who might like an early Christmas present, the entire box set is available for pre-order for the total cost of $0.99 US. By reckoning, that equals 16.5 cents per story. I’m really looking forward to reading the other stories, because if my fellow authors had as much fun as I did in the writing process, there will be come great entertainment there.

My story,Clear as a Bell, is set in a major city. It could be a city anywhere, but background  information that has supported the development of the manuscript is a combination of both Adelaide (my home state) and Melbourne, where I am currently living. Cathedral bells ring at strategic points through the story. I live just a stone’s throw from St Patrick’s Cathedral in Melbourne, and the bells punctuate my life as do the bells in the story.

If you park at night at Windy Point in the hills above Adelaide, you will see the lights of the city just as you do on the bottom of the cover. Now you know what I was thinking when I wrote that part of the story.

Other than that, it is a story which could be located in any city, although the cold at that time of year anchors it in the northern hemisphere.

To grab a pre-Christmas bargain, You can get the pre-order on Amazon, or your favourite eBook retailer.

Last night, I attended the Scarlet Stiletto Awards night organised by the Sisters in Crime. I had submitted a short story to the annual competition, and to my surprise, it was shortlisted. This was a last-minute entry, as I had joined the organisation just a few weeks before the closing date.

I was thrilled last night to receive a special commendation for my story. Guess who will be submitting again next year?

To leave a comment, fill in the form below.

Not long ago, I launched The Red Heart. Initially, I intended this to be a stand-alone book, featuring Kathy Sullivan and pastoralist Alex Woodleigh. The book also described the secondary characters – Kathy’s friend Sarah, the chopper pilots Chris and Mark, and  Melissa Gilbert who featured strongly in the aircraft disaster.

In writing that book, I got to know some of those secondary characters to the point where I wanted to know more of their story. It was only natural to focus on Sarah to explore her life. What was she doing in Alice Springs? What happened with her and Dave Bishop, and how was she coping in the grieving process? She is lucky to have Chris and Mark to help her through some of the dark days.

Sarah’s social circles largely revolve around the aviation sector, but not exclusively as we discover in the final hours of the wedding celebration for Kathy and Alex. Sarah meets Joel Pemberton under circumstances she would rather hadn’t happened, and from there her horizons expand. Sarah is a forthright and bubbly character, but that is the persona that is visible to others. Underneath, she experiences the insecurities, doubts and loneliness of someone who feels that commitment is not to be trusted, and that happiness is passing her by.

The story follows her development as she makes the transition from grieving to accepting she does have a future. Here is a small extract from the book.

Here is a small extract from the book.

She looked around. Who was that? Where had the voice come from?

A figure was leaning against a tree, partially obscured by the shadows. Her eyes strained against the darkness. “Hello?”

Tomás kept hold of her hand, looking also in the direction of the voice.

“Senorita, you are okay? You want me to stay wiz you?”

The figure detached itself from the tree and moved into the light. Joel. In the dim light, he looked brooding and menacing, momentarily startling her. This was not the Joel she knew. What was he doing here?

He raised her hand and brushed it with his lips, before relinquishing it. “Stay safe, senorita. See you next week.”

Sarah smiled at him before turning and walking towards Joel, who waited a few metres away, arms folded. “Joel—what are you doing here? How did you know where to find me?”

“That was a touching scene with Romeo. Am I interrupting anything?”

She experienced a surge of irritation. He’d tracked her down to ask her that? “Don’t be silly. Tomás is my tutor. You haven’t answered my question.”

He didn’t respond straight away but looked at her appraisingly. “Mark told me earlier today you were taking flamenco classes. I thought I’d surprise you. Nice skirt.”

There was no faulting the grapevine. Chris would have told Mark, and Mark in turn had told Joel. Now they were under the lamplight, the initial perception of moody and ominous disappeared. The man in front of her looked tired perhaps, but still with the charisma that had first drawn her attention. He also looked pleased to see her. That was encouraging.

“You’ve certainly done that. I heard you were back. Did you have a successful trip?”

He looked away momentarily before looking at her again. “It was eventful,” he said at last. “There was no fixed agenda but a few things that needed sorting on the family front.”

Those secrets again. Was he hiding something, or did he not trust her?

“Hey, that’s fine—I wasn’t meaning to pry into your personal affairs.” She half expected someone to jump out from behind the door crying “Liar! Liar! Pants on Fire!” Of course she was curious. Good manners dictated she shouldn’t stick her nose in.

“You’re not prying, Sarah. It’s not something I can talk about.” Abruptly, he changed topic.

He gave her a slow mile, the sort that started at one corner of his mouth, and crept upwards towards his eyes, emitting a tide of warmth with it. “I thought of you while I was away. I missed you. I kept thinking of those stars you can see in the Territory, and the stories they tell. I remembered one particular story that’s waiting for a happy ending.”

“Like I said,” she whispered with a catch in her throat, “they’re the same stars you see in the big city.”

“Except you don’t see them, do you? At least, not with the same intensity. There’s not the same magic.” He tilted his head to one side with a look that was wistful. “I wanted to see you again while I had a moment.”

“Only a moment? You could have rung me for that.”

“I could have,” he agreed, “but that’s not the same as seeing you. I don’t have much time tonight, but thought I could briefly catch you after your class. That’s why I’m here.”

As she looked up at him, he grasped her by the shoulders, and dropped a light kiss on her mouth. “I couldn’t do that over the phone.”

A zillion thoughts chased each other through her mind. She’d mentally decided that theirs was a relationship that was going nowhere. He had no right to stir things up, just when she thought her life was getting back on track.

He was close enough that she could smell the scent she now identified as his. That, and the proximity of his body evoked a reaction she hadn’t been expecting. The tingling in her breasts spoke of her own arousal. He looked at her with intensity, a hunger even. It mirrored a need in herself. Wrapping her arms around him, she lifted her face to his.

“Kiss me again,” she whispered. “Before you disappear, kiss me again.”

Trust Your Heart can be ordered from your preferred online retailer:

Add any comments below 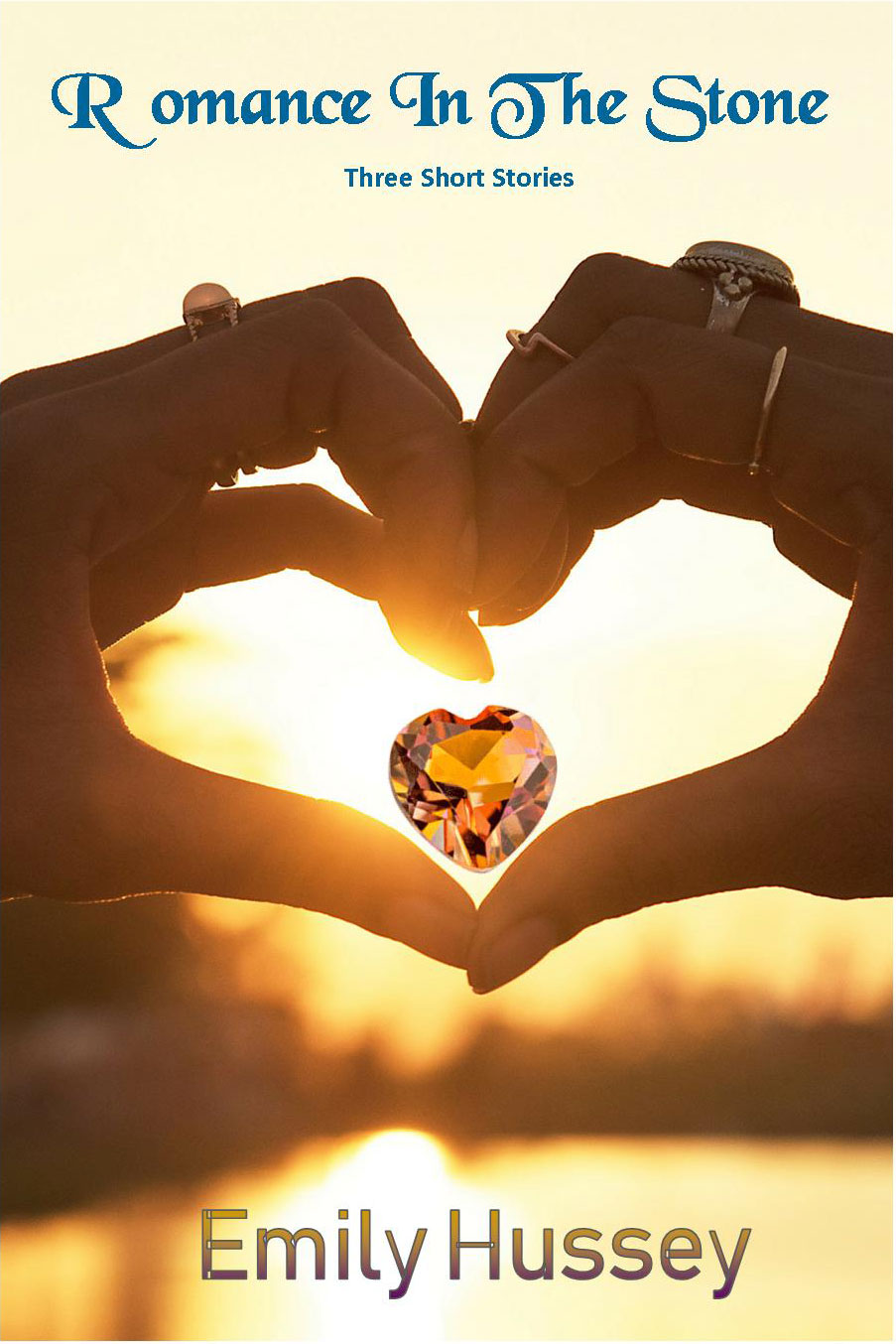